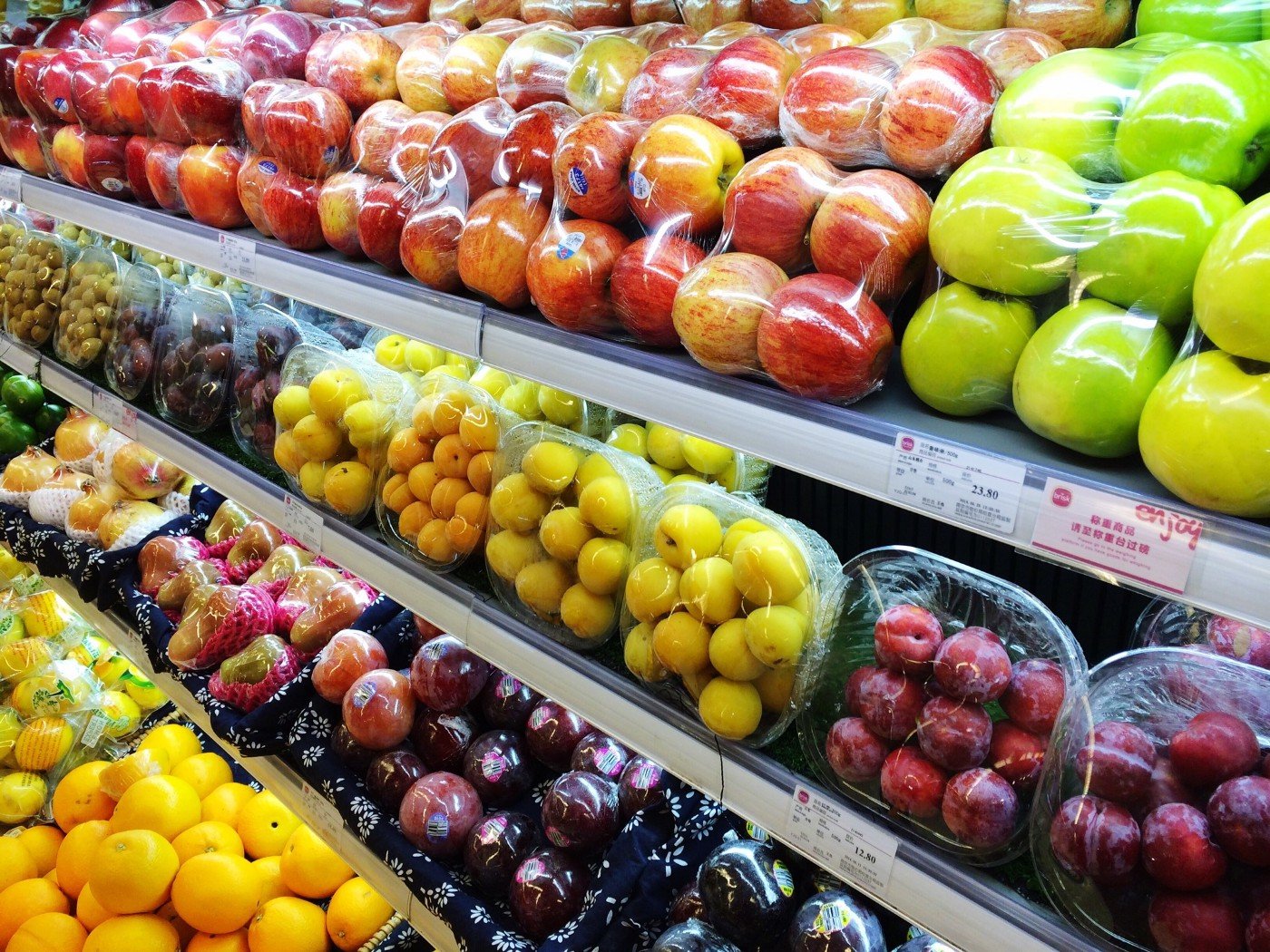 tseems like every other week a new study comes out questioning long-held wisdom about food and nutrition. First fat was vilified; now it’s considered a part of a healthy diet. Eggs used to be off-limits for people with heart problems due to the high amount of cholesterol, but that’s no longer the case.

Dr. David Ludwig is a professor of nutrition at the Harvard School of Public Health and author of the number one New York Times bestseller Always Hungry?, a book that explores the dietary drivers of hunger, obesity, and metabolic disease. In a new “Viewpoint” paper published in August in the Journal of the American Medical Association (JAMA), Ludwig and his co-authors explain the problems with current approaches to dietary research and why this leads to so much nutrition confusion.

Here, Elemental asks Ludwig to elaborate on some of these problematic approaches and to share advice for people who feel conflicted about what and how to eat.

Elemental: What was the impetus for the JAMA viewpoint you co-authored?

Dr. David Ludwig: In the course of a week, almost every person will see headlines on diet and health that come to opposing conclusions. And we’ve seen through the years how what is believed to be an established fact in nutrition is later questioned or reversed. We wanted to address the causes of this confusion and the challenges facing nutrition research in comparison to other fields that have more established track records of assuring research quality.

You compare nutrition research to drug research. What do you view as the key differences?

Pharmaceutical research receives lots of financial support, because drugs can be highly profitable. A major clinical trial might cost several hundreds of millions of dollars, but a successful drug can earn many billions in profits. So the pharmaceutical industry is motivated to do these studies right — to design them properly, to make sure they have the strength and statistical power to get the right answers. The last thing a trial sponsor wants is an inconclusive result. If an experimental drug doesn’t work, they want to know it as quickly as possible to avoid wasting additional time and money. Consequently, a large infrastructure has grown in recent years to support pharmaceutical research, including clinical research organizations hired to oversee trials. These CROs have the expert staff and know-how to conduct rigorous trials and ensure that all scientific and regulatory standards are properly followed.

Compare this situation to a standard dietary trial. Researchers lucky enough to win a government grant from the National Institutes of Health (typically 10% of all applications) will have at most $500,000 a year for four or five years. While $2 million may sound like a lot, that’s a tiny fraction of the budget for a standard drug trial. More typically, nutrition research must make do with shoestring budgets cobbled together from small grants provided by universities, philanthropies, or the food industry.

Even as nutrition is less well-funded, it’s more complicated. Changing a person’s diet is much more difficult than taking a pill or a placebo, and it’s virtually impossible to do a double-blind study with food. Diet is personal, involving deeply entrenched behavior related to family, community, culture, pleasure, and even values.

To make matters even more challenging, changing one aspect of a diet inevitably affects many others as well. If you eat more of one food, you’ll probably eat less of another. In a study examining the effects of consuming 10 servings of vegetables and fruits a day, participants may naturally tend to eat less processed foods, because they’re less hungry. So it can be hard to tell whether any health benefits seen in the study are due to eating more veggies and fruits or less of the other stuff. At the same time, nutrition trials have difficulty determining whether and how diet actually changes. You can’t just measure blood levels of a drug to assess compliance with the protocol. The challenge of producing significant diet change over the long term and the inability to accurately measure these changes create enormous uncertainties.

Apart from funding challenges, there’s the question of whether the people in these diet studies are actually following instructions.

This is the elephant in the living room. In most clinical trials, people are told to follow one diet or another, and they are given a very modest amount of support — maybe a meeting with a dietitian once or twice a month. They are then expected to make this major change to their lifestyle on their own. This study design is especially common because of the poor funding and infrastructure in place for nutrition research. Inexpensive, low-intensity interventions are chosen by necessity. But you don’t really know if people follow them.

People can make changes for a few months, but without adequate support, they resort back to their habitual ways of eating. Because of this, we often see short-term weight loss in obesity trials followed by weight regain after a few months. These sorts of findings have been misinterpreted to mean the type of diet doesn’t matter. But that conclusion does not logically follow. Instead, it really means the intervention failed.

Imagine there’s a promising new drug that might cure childhood leukemia. You conduct a clinical trial with one group of people assigned to take the new drug and another group receiving a placebo. But it turns out the group assigned to the drug didn’t take it as directed. In this scenario, there might be no significant change in cancer treatment success. But we wouldn’t interpret that result to mean the drug is ineffective. We would conclude that the study was flawed. Unfortunately, the conduct of diet trials isn’t always held to this standard.

You address the importance of understanding biology and behavior. Is one more important than the other in diet trials?

Both are critical, but it’s important to keep in mind which one you want to study in designing a diet trial. Many people can cut back on calories and lose weight on any diet temporarily. But after a few days or weeks, hunger increases and their metabolism slows down, which is a recipe for weight regain. That’s why we need longer-term studies to see how the type of food we eat, beyond calories, might alter biology and the success of weight-loss maintenance. But the best diet in the world won’t work if people aren’t motivated to follow it. That’s why we also need studies of behavior and environment to make the challenges of lifestyle change easier and more sustainable.

How do we fix this problem?

Diet-related diseases — including obesity, diabetes, and cardiovascular disease — are the leading public health problems today. Whether or not you have one of these conditions, you’re paying for them through higher taxes, the cost of Medicare and Medicaid, and higher insurance rates. These costs are borne by everybody. And for people with a condition like Type 2 diabetes, the personal toll can be huge, including limb amputation, kidney failure, blindness, and shortened life expectancy. So it’s in everybody’s interest that research into nutrition and disease prevention be well funded and done properly.

Some say we can’t afford new government programs [to deal with this]. But today, the economic cost of Type 2 diabetes — just one diet-related disease — approaches $500 billion annually. The total medical costs and lost worker productivity of diet-related disease may already exceed $1 trillion annually. Without action, these figures will only increase, contributing to the national budget deficit and threatening the international competitiveness of the U.S. economy. A sort of Manhattan Project for diet-related disease would cost pennies on the dollar now being spent. What’s lacking is a clear national vision to align public health priorities with investment.

We know humans aren’t programmed to gain more weight generation after generation. Something has changed in our environment, driving even highly disciplined people to gain weight. We have to understand what that’s about. One likely culprit is all the processed carbohydrates that crept into our diet during the low-fat diet years. But that’s not the whole story, and many other factors are undoubtedly contributing. We’ll need long-term, adequately powered studies to sort this out once and for all.

We need to build the capacity to conduct effective nutrition research, and this will require sustained investment from Washington, including cultivation of a new generation of appropriately trained researchers at academic centers around the country.

“We know humans aren’t programmed to gain more weight generation after generation. Something has changed in our environment… We have to understand what that’s about.”

What advice can you offer the general public for reading and consuming news stories about nutrition research?

Ideally, medical journalists need better training to identify basic design flaws in clinical trials so they can convey a more balanced view of study strengths and limitations. We don’t want the public dragged back and forth with every weak new research finding. As a general rule, if a clinical trial on obesity has a small number of participants (fewer than 20 people), if it’s very short term, or if it doesn’t clearly demonstrate that meaningful dietary changes were made, the results can be considered weak.

Are there certain research journals people could look to for diet studies that are more trustworthy?

The best studies often wind up in the best journals. Some top-rated journals are JAMA, New England Journal of Medicine, the Lancet, the BMJ, and Annals of Internal Medicine. American Journal of Clinical Nutrition ranks at the top for the field. But there are many other good-quality journals that publish credible research, so a journal’s identity by itself is not the whole story.

Many people are confused about healthy eating. What’s your advice on how to eat healthy?

I advocate a “low glycemic load” diet — one that controls the surge in blood glucose and insulin after the meal. The way to achieve this is by cutting back on processed carbohydrates (refined grains, potato products, and sugar); increasing healthy fats, like nuts and nut butters, avocado, olive oil, and even dark chocolate; and having an adequate amount of protein, which can come from animal or plant-based sources. This approach involves a moderate reduction in total carbohydrates but still offers lots of flexibility in food choice. For people with diabetes, more severe restriction of carbohydrates may have additional benefits.

Not all researchers or clinicians, of course, will agree with this recommendation. That’s why we need the definitive research.

Improving the quality of nutrition research will be critical to public health and the international economic competitiveness of the U.S. in years to come. The default mode — relying on the pharmaceutical industry to devise ever more powerful drugs to treat diseases caused by diet — doesn’t make sense. It’s an ounce of prevention for a pound of cure.